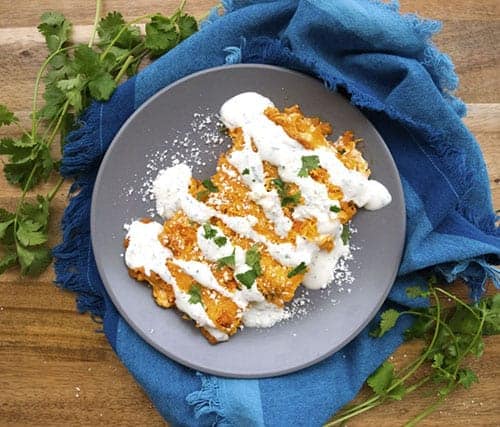 Buffalo Chicken Dip is Nolan's favorite appetizer. Well so are buffalo wings and boneless buffalo wings. He is obsessed with wing sauce pretty much. These Buffalo Chicken Enchiladas with Cilantro Sour Cream Sauce make his eyes sparkle. I know, I know... I spoil him. It's amazing he doesn't way 1000 pounds. 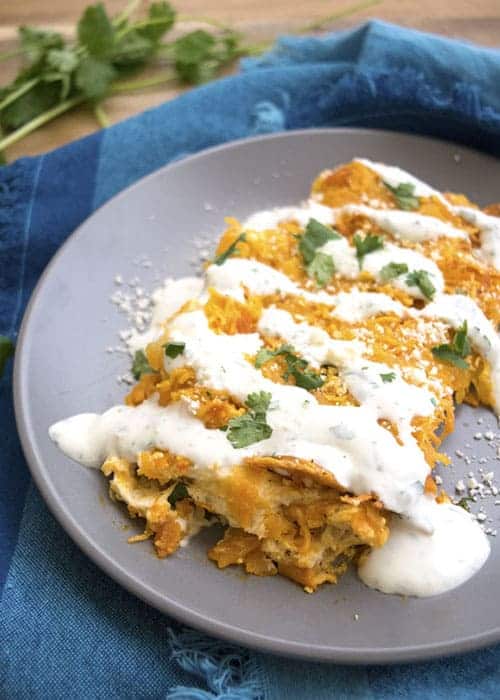 These were surprisingly simple to make. Do not have any chips around while the filling is out. I had to stop myself from eating all of it before I stuffed the enchiladas. I have a chip problem. 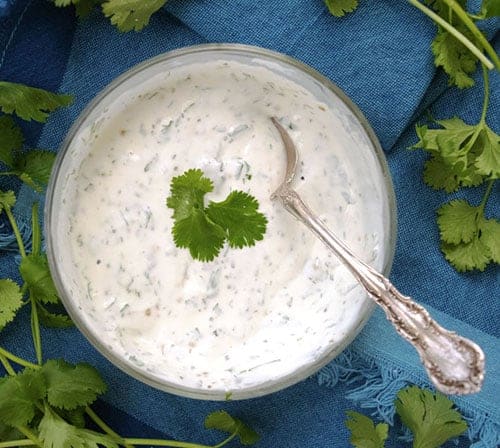 You could cheat and buy some buffalo chicken dip for the filling. I won't tell anybody. 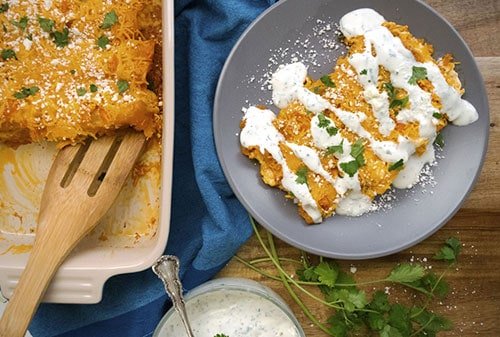 Buffalo Chicken Enchiladas with Cilantro Sour Cream Sauce are a great mash up dinner recipe. The coolness of the cilantro sauce mixed with the spicy tangy wing sauce will leave you craving more. 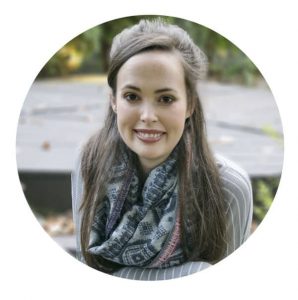 Get Some Cooking Inspiration!

Want to work together? Shoot me an email at hungrywaitress@gmail.com

We use cookies on our website to give you the most relevant experience by remembering your preferences and repeat visits. By clicking “Accept All”, you consent to the use of ALL the cookies. However, you may visit "Cookie Settings" to provide a controlled consent.
Cookie SettingsAccept All
Manage consent

This website uses cookies to improve your experience while you navigate through the website. Out of these cookies, the cookies that are categorized as necessary are stored on your browser as they are essential for the working of basic functionalities of the website. We also use third-party cookies that help us analyze and understand how you use this website. These cookies will be stored in your browser only with your consent. You also have the option to opt-out of these cookies. But opting out of some of these cookies may have an effect on your browsing experience.
Necessary Always Enabled
Necessary cookies are absolutely essential for the website to function properly. This category only includes cookies that ensures basic functionalities and security features of the website. These cookies do not store any personal information.
Non-necessary
Any cookies that may not be particularly necessary for the website to function and is used specifically to collect user personal data via analytics, ads, other embedded contents are termed as non-necessary cookies. It is mandatory to procure user consent prior to running these cookies on your website.
SAVE & ACCEPT